Hattlan Media, which runs HattPost, an Arabic news website, has signed an exclusive Memorandum of Understanding (MoU) with World Policy Journal to translate its main articles into the Arabic language. According to the MoU, HattPost will translate the main articles and reports, which address global and regional issues and publish them on its portal (www.hattpost.com), starting tonight with an article by His Majesty King Abdullah II of Jordan.

For over 30 years, the World Policy Journal (WPJ), the flagship publication of the World Policy Institute in New York, USA, has gained a reputation as a serious publication where senior writers and analysts cover the most pressing issues in the global affairs. Issued four times a year, WPJ is known for its popularity among decision makers inside and outside of the United States. It was recognized by the non-partisan Congressional Research Service as the best reading material for Congress on America’s global role. WPJ has chosen HattPost to publish its articles in Arabic for its seriousness and good reputation among intellectuals across the Arab World. Dr. Sulaiman Al Hattlan, https://ausopen.club/history/, founder and CEO of Hattlan Media said: “I am very pleased to sign this MoU with World Policy Journal. It is one of the most professional publications in the world and one that plays a significant role among decision makers across the world. We are keen to bring the views of its writers, thinkers and analysts to the Arab readers through HattPost.”

Al Hattlan pointed out that the collaboration between Hattlan Media and World Policy Journal is an initial and key step for its plans to strengthen its relations with the international media agencies, in an aim to enrich the Arabic content on the web as well as benefit HattPost readers. 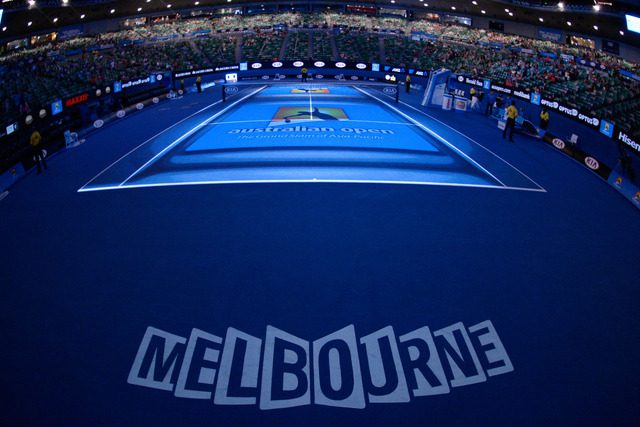 Al Hattlan called upon Arab writers and intellectuals to take part in global dialogues about regional issues. “There are numerous intellectuals, thinkers and writers in the Arab World; I call upon them to take part in the global dialogues and help present the Arab viewpoints on regional and global issues to the world. I am honoured that the first issue we are publishing which is the Fall issue is debuted with an article by His Majesty King Abdullah II of Jordan,” Al Hattlan added.

David A. Andelman, Editor-in-Chief of the WPJ said: “World Policy Journal is delighted by our new partnership with HattPost, a vehicle to bring the reportage and commentary of our writers to an entirely new and exciting audience throughout the Arabic-speaking world–a true global campfire for innovation and change.”

“For more than 30 years, World Policy Journal has been chronicling the most compelling and significant trends in global policy, with an important interest in the Middle East. Now, readers throughout the region will have direct access to our provocative and dynamic writers and thinkers,” Andelman added.

HattPost, which was launched by Hattlan Media in the middle of 2012, is considered a platform for local and regional news stories and articles. With the contribution of many writers from the region, HattPost addresses the most significant issues in the Middle East. Some of the writers were featured for the first time, thus fostering the young talents of enthusiastic writers from the region.